Viagra and a Pack of Lies

I had to put this up before it disappears, I also linked at Penny's blog for posterity's sake.

I can't help but laugh:

The U.S. envoy to the United Nations told the Security Council on Thursday that troops loyal to Libyan leader Moammar Gadhafi were increasingly engaging in sexual violence and some had been issued the impotency drug Viagra, diplomats said.

“Rice raised that in the meeting but no one responded,” a diplomat said on condition of anonymity. The allegation was first reported by a British newspaper.

If it is true that Col. Gadhafi’s troops are being issued Viagra, diplomats said, it could indicate that they are being encouraged by their commanders to engage in rape to terrorize the population in areas that have supported the rebels.

The use of rape as a weapon during wartime has received increasing attention at the United Nations. Last year, UN Secretary-General Ban Ki-moon appointed a special envoy on sexual violence during armed conflict, Margot Wallstrom.

Earlier this month, Ms. Wallstrom chided the Security Council for failing to mention sexual violence in two recent resolutions on Libya, despite having made the subject a priority.

Ms. Wallstrom said at the time that reports of rape in Libya remained unconfirmed but cited the highly publicized case of Eman al-Obaidi, the woman who burst into a journalists’ hotel in Tripoli last month saying she had been raped by pro-government militiamen.

The International Criminal Court is already investigating whether Col. Gadhafi’s government committed war crimes in its violent crackdown against demonstrators who demanded greater freedoms. The crackdown sparked a rebellion that has turned into a civil war.

The U.S. mission to the United Nations declined to comment.

That Susan Rice would even mention this sort of blatent BS is laughable, hysterical and downright tragic.
Posted by Magdelena at 9:10 AM 2 comments:

Just thought I would stick this here for posterity's sake:

An Ontario court has struck down Canada’s laws against possessing and growing cannabis as part of a ruling that found the country’s medicinal marijuana program is failing to provide access to the drug for those who need it.

Mr. Justice Donald Taliano of the Ontario Superior Court struck down the Marihuana Medical Access Regulations, arguing they aren’t doing enough to ensure patients can obtain the necessary approvals to use the drug. Simultaneously, he ruled two sections of the Controlled Drugs and Substances Act – those that prohibit simple possession and cultivating marijuana – are unconstitutional, since they can be used to criminally charge medicinal users who haven’t been able to obtain such approval.

The ruling means the government must either improve its system for licensing medicinal marijuana patients within 90 days, or it will become legal to use or grow the drug for any purpose. The government can, however, buy itself more time by appealing the ruling.

Although the article at source does use the typical smears and jargon in regards to the use of cannabis, this is an important ruling which I believe could go either way. No doubt the government may simply take this opportunity to trash the entire Medical Marijuana (should be cannabis) program, as it is quite likely that we will be getting another Harper minority. Even if we end up with a Liberal minority, it will be the same thing.

I would just like to add that at the time of this posting the only paper carrying this news was the Globe. Forget the CBC these days, they are entirely useless.

UPDATE
A few other msm sites have chimed in on this - hey it sells, what can I say? The overwhelming response within all comment sections is to simply legalise it across the board.

Whatever it is worth, I cannot see cannabis being legal within my lifetime. There is way to much money to be made from the current corruption of 'natural' law.
Posted by Magdelena at 10:03 AM 15 comments:

Brilliant ;)
(well except for the 'stupid' globull warming BS!! Thanks Suzuki - you maroon!!

Link to Google Video
Posted by Magdelena at 8:31 AM 2 comments:

The OIling of America

Worth the time to listen to.
Posted by Magdelena at 9:32 AM 3 comments:

I finally got around to listening to this. I'm so glad I did. The interview leaves one hopeful and encouraged, despite the seriousness and urgency of the horror that is the Israeli Occupation itself. A deep thanks to Roger Waters and all of those artists like him.

Okay, yes I loved star trek growing up and remember this episode quite well! This is a brilliant little video, whether you are a trekkie or not! Thanks to Michael Rivero for sharing it with us all!!

It has been a while coming, but has finally arrived. The state's broadcaster, CBC is finally dead. It may still have a website, it may still fill the airwaves with sound and fury, but for all journalistic intents it is a corpse, a rotting shell of its former self with no pulse, no heartbeat and devoid of a soul.

I have been watching this slow cancerous death occur for at least ten years now. At first, it was just a cough, a sniffle, a small shiver. One noticed a bias creeping in, colouring the headlines, shading the corners of reports, trimming the truth from the tree. As time went on, these biases became more blatent. Quality reporting of facts seemed to fall by the wayside, replaced with glam and sex, tabloid musings over celebrity, shock value stories and tramped up whores. While not surprised, as one wouldn't be if the lifelong chainsmoker developed lung cancer, it was still devasting to watch, like the proverbial train wreck one cannot take their eyes from.

The plug was finally pulled these last weeks with the introduction of the 'new and improved' web page. We now see the obvious censorship which has been going on for a while. At the very least before this changeover one could comment, and often find links to far better information within those comment sections. It was hopeful and pleasing to see that not all Canadians were fooled by the outright propoganda often filling the articles, some by CBC some by AP, you know the spiel. That is now officially over. There is no freedom of press in what was once a national institution, respected globally for being fair, honest and above board. No longer does the CBC even try to present an even handed persona. No, they have at the least, given that pretext up. I guess one could say they have become far more transparent, the truth out there for all to see, for all to gaze upon, like the exploited hookers in the shop windows in Amsterdam, or a stinking fish washed up on the shores of the Gulf Coast.

RIP CBC
Posted by Magdelena at 8:24 AM 5 comments: 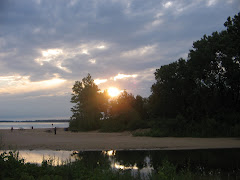 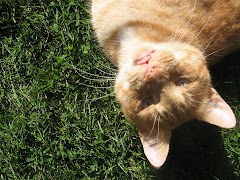